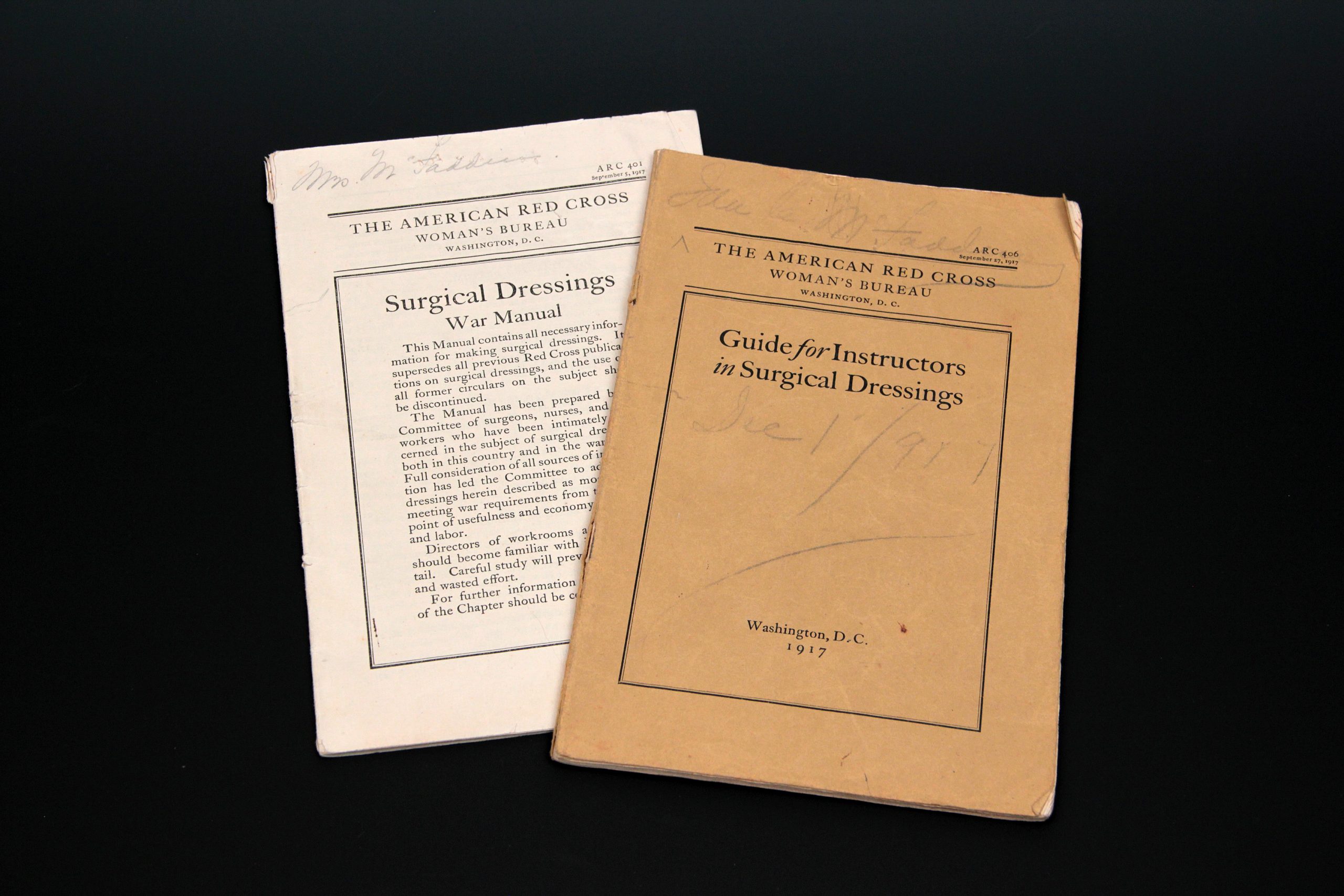 The year 2020 marks the centennial of several major 1920 historical events, including the women’s suffrage movement and the “Spanish Flu” pandemic. A new display in our Visitor Center exemplifies how Mamie McFaddin Ward and Ida Caldwell McFaddin embraced these events in history.

In 1917, Ida went to New York City for training in bandage-making, writing home that she would “have to study” because “they require lots.” That criterion was later applied to the bandage-making classes she taught in Beaumont. Mamie not yet married but driving her own car, had the job of delivering bolts of muslin fabric to neighborhood groups, and then picking up the finished bandages for inspection.

Ida and Mamie gave long hours of service to the Red Cross in both World Wars.

Texas women took advantage of their right to vote on July 27th, 1918 as Governor William Hobby signed a bill into law four month prior to vote in the primary election. Before the Democratic primary on July 27th, more than 386,000 women registered to vote. Ida and Mamie considered it an important part of their civic duty to vote. The McFaddin women were among those who voted as Mamie noted, “Mama & I went down to vote.” — Mamie’s diary, July 27, 1918

China painting was a popular art form in America from the 1870s through the 1920s. Mamie’s china painting project consists of a tea set in pastel blue and yellow, with raised gold accents in a simple Art Nouveau design.

To learn more about how the McFaddins occupied themselves in the 1920s, come and explore the display at our Visitor Center.