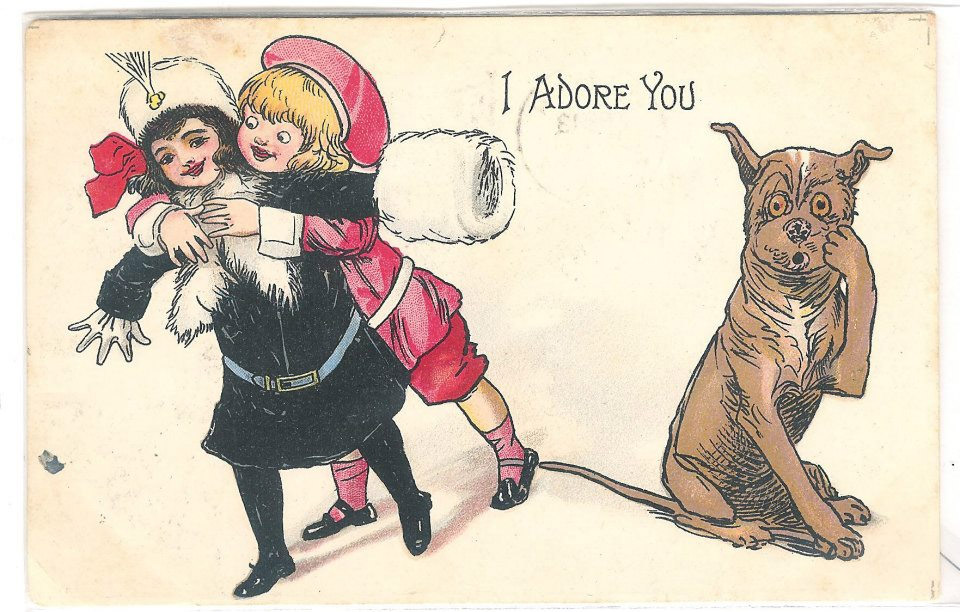 In celebration, we wanted to share another fun postcard from the museum’s collection.

Mamie McFaddin received this postcard from an anonymous admirer in 1909; and featured Buster Brown and his dog, Tige. Buster Brown was a popular comic strip character affiliated with the Brown Shoe Company. Created in 1902, the Buster Brown comic was the first to feature a talking pet, and each storyline involved Buster tangled in mischief while playing practical jokes, but ended with him punished and a lesson learned. The strip also included Buster’s sweetheart, Mary Jane, as shown on this card. Both Buster and Mary wore shoes of the ever-popular fashion, “Mary Janes,” which is where the style got its name.