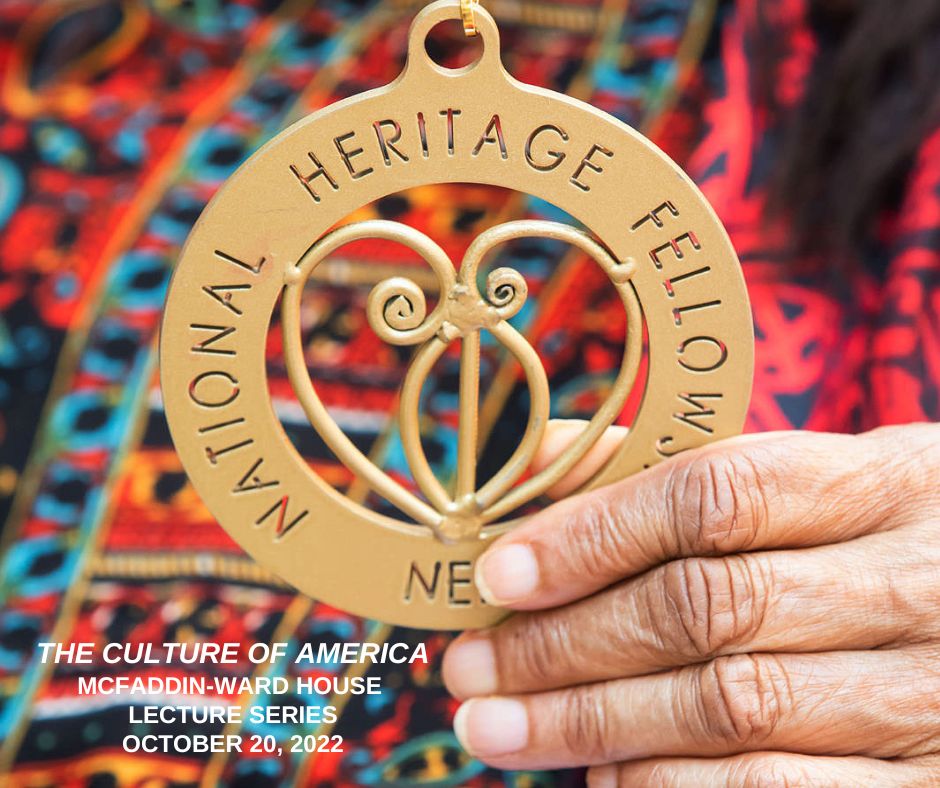 Embark on a visual journey into “The Culture of America” at McFaddin-Ward House Lecture Series event Oct. 20

You are here: Home / News / Embark on a visual journey into “The Culture of America” at McFaddin-Ward House Lecture Series event Oct. 20
October 11, 2022

Professional photographer Tom Pich and Barry Bergey, former Director of Folk and Traditional Arts at the National Endowment for the Arts (NEA), will present a visual journey into the rich diversity of cultures and artistic traditions that span the nation during “The Culture of America,” a free McFaddin-Ward House Lecture Series event on Thursday, Oct. 20, at 6:30 p.m. in the museum’s Visitor Center Lecture Hall (1906 Calder Avenue, Beaumont).

Pich and Bergey will discuss their book “Folk Masters: A Portrait of America” (Indiana University Press, 2018), which features stunning portraits of NEA National Heritage Fellows – individuals and groups who have received the nation’s highest honor for excellence in folk and traditional arts.

“A lot of people get recognition more broadly through the media, but in the cases of Heritage Fellowships, often it’s folks that haven’t really had the opportunity to have that kind of recognition,” Bergey explained. “We subtitled the book ‘A Portrait of America,’ and I think it has a double meaning. One of course is that they’re portraits – the photographs are portraits of people – but in the broader sense, it really gives a portrait of the diversity of our cultures.”

The book was more than 30 years in the making, and Pich has traveled the country to capture these extraordinary individuals in their homes, workshops, and during performances to create “iconic images of America’s cultural landscape.”

“America’s uniqueness, compared to every other country in the world, is that it’s built on all these different cultures coming together,” Pich said. “That’s the beauty of the whole thing. Every day [of working on this project] is such an incredible learning experience, and that’s what I try to bring in the photographs.”

Started in 1982 by the NEA, National Heritage Fellowships recognize recipients’ artistic excellence, lifetime achievement, and contributions to the nation’s traditional arts heritage and have been awarded to more than 400 individuals and groups from every region of the country.

Bergey retired as Director of Folk & Traditional Arts at the National Endowment for the Arts after a 30-year career at the agency, and his involvement in international arts policy includes consultation with UNESCO, the Organization of American States, the World Bank, the U.S. Information Agency, and the Department of State.

A native New Yorker and professional photographer, Pich has specialized in documenting recipients of the National Heritage Fellowships. His portraiture of Heritage Fellows has been exhibited at Lincoln Center, the Kennedy Center for the Performing Arts, Smithsonian Institutions, The Russell Office Building of the U.S. Senate and is on permanent display at the Library of Congress.

McFaddin-Ward House lectures are free and open to the public, but space is limited. Doors open at 6 p.m.

Built in 1905-1906 in the distinctive Beaux-Arts Colonial style, the McFaddin-Ward House reflects the lifestyle of the prominent family which lived in the house for 75 years. The museum features docent-led tours of the home, educational programming, year-round events, a carriage house, and gardens.