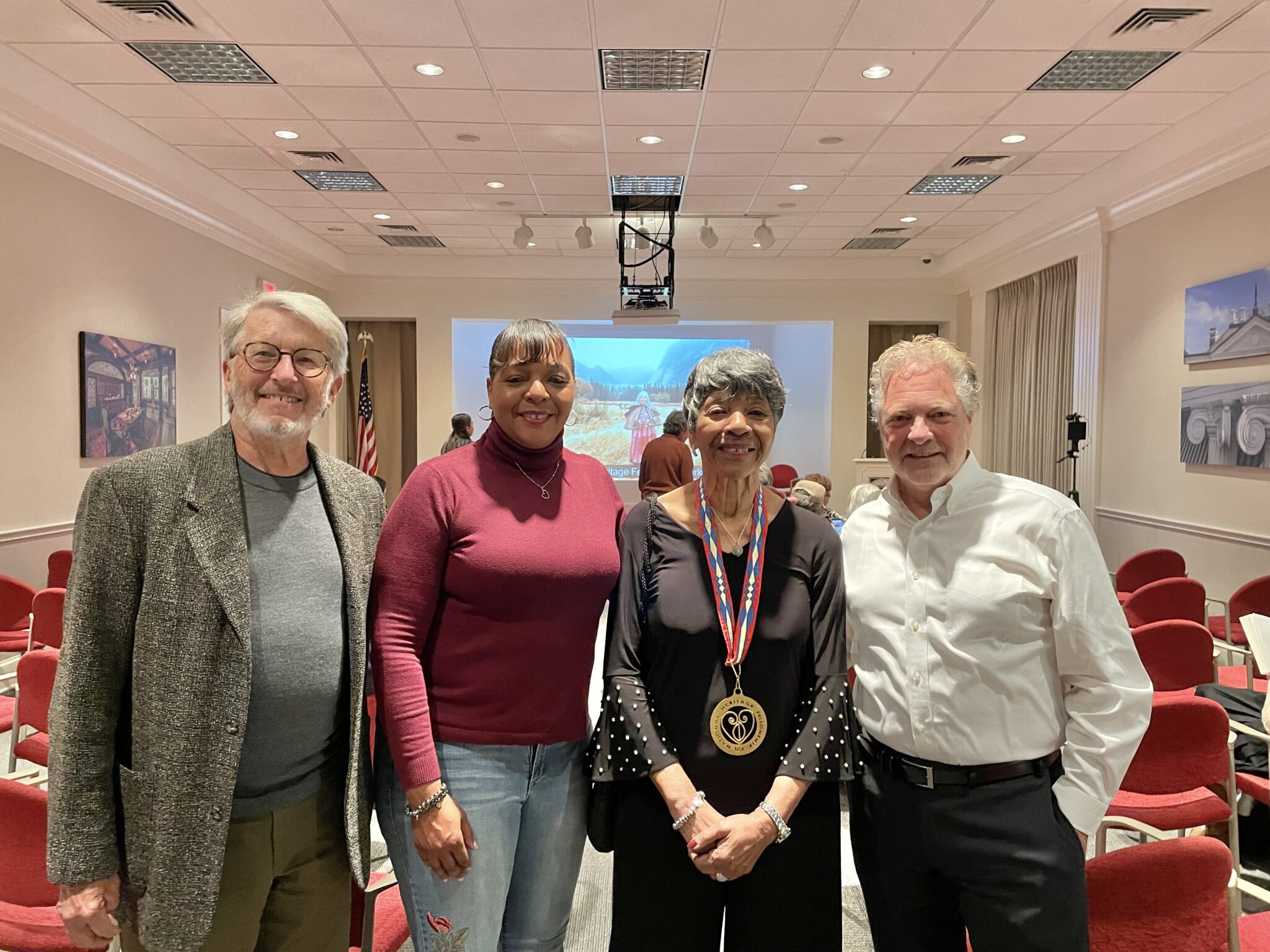 Beaumont, TX; Oct. 21, 2022 – Beaumont born R&B legend and National Heritage Fellow, Barbara Lynn, joined the McFaddin-Ward House on a visual odyssey into the rich diversity of artistic traditions that span the nation during its lecture series event, “The Culture of America,” presented by professional photographer Tom Pich and Barry Bergey, former Director of Folk and Traditional Arts at the National Endowment for the Arts (NEA), on Oct. 20 in the museum’s Visitors Center Lecture Hall.

Pich and Bergey took attendees through a photographic presentation filled with a stunning array of colors, cultures, and American landscape while discussing their book “Folk Masters: A Portrait of America” (Indiana University Press, 2018), which features portraits of NEA National Heritage Fellows – individuals and groups who have received the nation’s highest honor for excellence in folk and traditional arts. Lynn, a singer and left-handed guitarist who topped the charts in the 1960s with her signature song, “You’ll Lose a Good Thing,” received the National Heritage Fellowship in 2018 and was recognized during the lecture.

“While only a handful of these honorees hail from Texas, one is a native of Beaumont – nationally recognized blues artist and recording star Barbara Lynn,” said Tony Chauveau, McFaddin-Ward House executive director. “We are honored to have her with us this evening, and to again celebrate her designation as a Heritage Fellow.”

Lynn, who is still a resident of Beaumont, was excited to share in the evening.

“This [Heritage Fellowship] means everything to me,” Lynn said. “I’ve always loved music and wanted to be a singer since I was a young girl. You have to keep focusing on what you want to be. That’s how I did it. I kept on going. Playing guitar took me all over the world.”

Started in 1982 by the NEA, National Heritage Fellowships recognize recipients’ artistic excellence, lifetime achievement, and contributions to the nation’s traditional arts heritage and have been awarded to more than 400 individuals and groups in more than 200 distinct art forms from every region of the country.

“A lot of people get recognition more broadly through the media, but in the cases of Heritage Fellowships, often it’s folks that haven’t really had the opportunity to have that kind of recognition,” Bergey explained. “We named the book ‘Folk Masters’ because we wanted to bring forth this idea that these artists that Tom has documented in the book are true masters, true contributors to America’s cultural heritage – both to their community and to the broader public.”

The book was more than 30 years in the making, and Pich has traveled the country to capture these extraordinary individuals in their homes, workshops, and during performances to create “iconic images of America’s cultural landscape.”

“It’s really made me a broader person to experience all these cultures that really are the foundation of what America is, and we love to share those images and those stories with everyone else,” Pich said. “America’s uniqueness, compared to every other country in the world, is that it’s built on all these different cultures coming together. That’s the beauty of the whole thing.”

Bergey retired as Director of Folk & Traditional Arts at the National Endowment for the Arts after a 30-year career at the agency, and his involvement in international arts policy includes consultation with UNESCO, the Organization of American States, the World Bank, the U.S. Information Agency, and the Department of State.

A native New Yorker and professional photographer, Pich has specialized in documenting recipients of the National Heritage Fellowships. His portraiture of Heritage Fellows has been exhibited at Lincoln Center, the Kennedy Center for the Performing Arts, Smithsonian Institutions, The Russell Office Building of the U.S. Senate and is on permanent display at the Library of Congress.