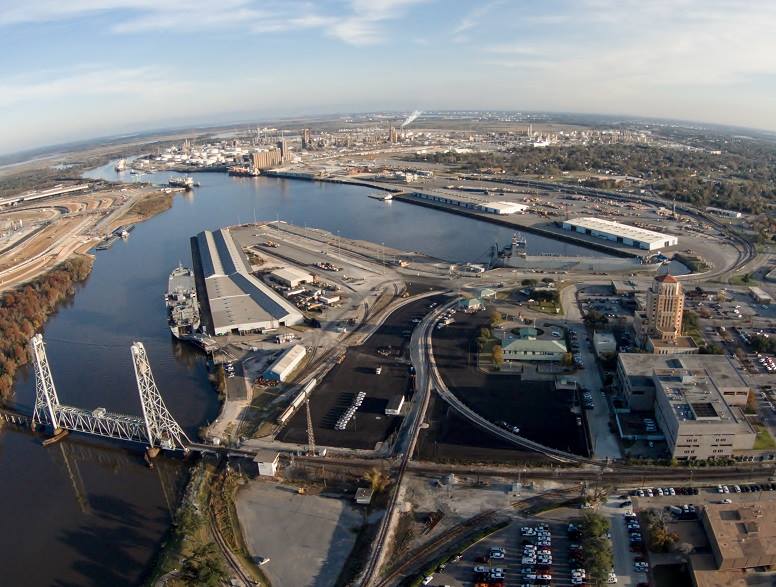 McFaddin-Ward House Lecture Series to delve inside operations and history of the Port of Beaumont on Jan. 19

You are here: Home / News / McFaddin-Ward House Lecture Series to delve inside operations and history of the Port of Beaumont on Jan. 19
January 9, 2023

Beaumont, TX; Jan. 9, 2023 – The McFaddin-Ward House will kick off its 2023 Lecture Series with “Inside the Port of Beaumont: Operations, Military Command, and History,” on Thursday, Jan. 19, at 6:30 p.m. in the museum’s Visitor Center Lecture Hall, located at 1906 Calder Avenue in Beaumont.

A deep-water public seaport located in Beaumont on the Neches River, the Port of Beaumont is one of the nation’s largest in terms of volume and is recognized as the top strategic military port in the United States and busiest military port in the world. Three major rail carriers, five major roadways, the Gulf Intracoastal Waterway, and global steamship lines all feed into the Port of Beaumont, and its rich history dates back to the early 20th century with the discovery of oil at Spindletop impacting its development and expansion.

As port director, Fisher oversees the eight-terminal facility, which houses 11 berths, more than 100 acres of storage, and provides direct service to three Class I rail carriers.

LTC Olsen has held numerous command roles in his nearly 30 years of military service, last serving as the Acting Director of Operational Energy-Resilience in the Office of the Acting Secretary of Defense for Sustainment.

A well-known local and community historian, Linsley served for over thirty years in key roles at the McFaddin-Ward House, including its Director of Education and Interpretation, and currently serves as the museum’s research assistant.

McFaddin-Ward House lectures are free and open to the public, but space is limited. Doors open at 6 p.m.

Built in 1905-1906 in the distinctive Beaux-Arts Colonial style, the McFaddin-Ward House reflects the lifestyle of the prominent family which lived in the house for 75 years. The museum features free docent-led tours of the home, educational programming, year-round events, a carriage house, and gardens.